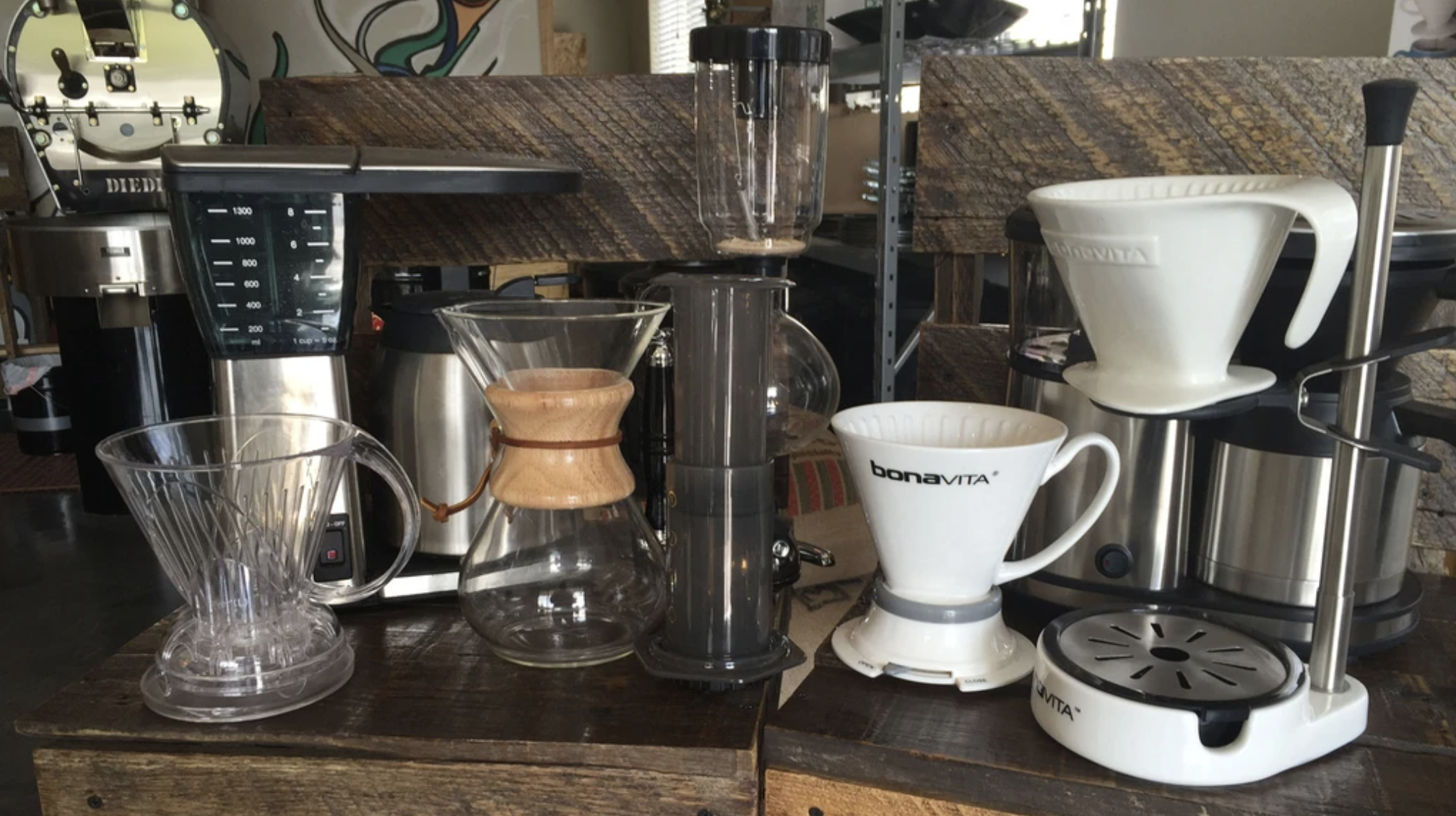 You Can Never Have Too Many Coffee Machines

Since in the previous post I mentioned two coffee machines on my wedding day I guess I could start by telling you the story.

Opening wedding presents after returning from our honeymoon, Lesley (my young bride) noted we had received two coffee brewing machines. Being very practical she informed me that two coffee makers was one too many. Now I know this to be a false premise, but back then I was young and naive. (Now I’m just old 😜) The fact is, you can never have too many coffee making apparatuses.

Anyway, having been informed of the redundancy of a second machine, I was given the solution: we would take one machine to a department store and look to exchange it for a different appliance. This ‘simple’ task eventuated in driving to ‘every single department store’ in the city of Melbourne. (Did I say I don’t do shopping?)

The problem may or may not have been my wife’s satisfaction level with an alternate appliance (definitely not… must have been some other reason… did I say I don’t do shopping?), but after hours of driving and walking through endless malls and department stores we finally did the deed. One totally useful coffee maker for some other appliance.

I never knew just how traumatic the day was until, in the middle of the night I suddenly woke, sat bolt upright, woke Lesley and said, ‘quickly, get up, we have to go and change this damn coffee machine.”

What have I concluded? You can never have too many coffee makers.