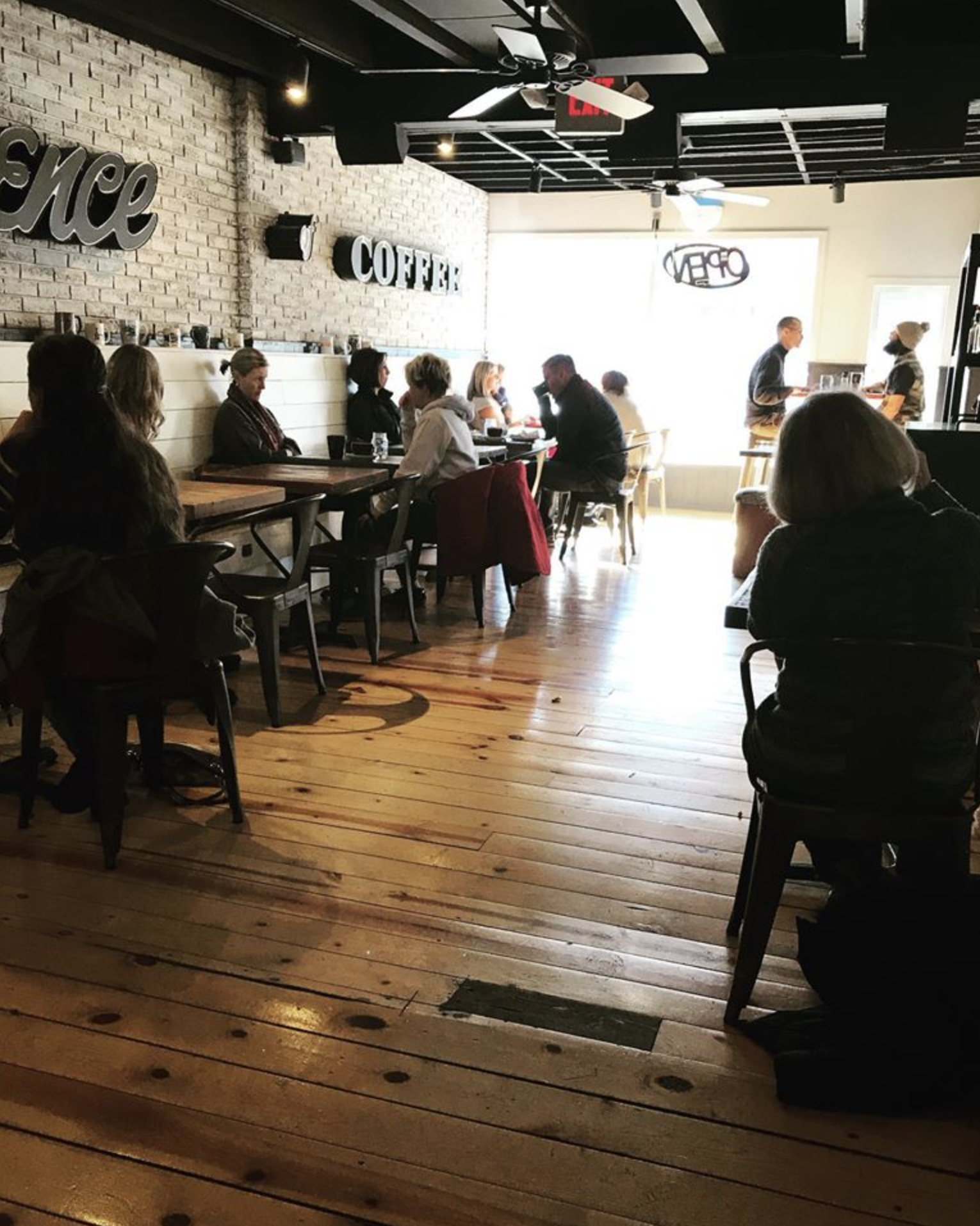 A bunch of old timers came into Essence for their morning coffee. These dudes were the real deal. In Australia we’d call them ‘fair dinkum’ South Dakotans. You know what I mean, the guys who probably grew up kick-starting tractors. A relaxing day off is wrestling a cow to the ground… but not branding it ‘cause it’s not a workday.

Their ritual began – order coffee. One asked for decaf – probably the young’un, still learning the ways of coffeehood in the group – quickly rebuked and informed of the character of decaf drinkers and the nature of the team he was associating with. No desexed coffee here son, pure unadulterated full caffeine, no cream. FULL STOP.

The almost tribal ritual continued, as the discussion covered life, the universe and everything in it, all fueled by a cup o’ Joe. The conversation was like riding the prairie looking for strays, it wandered around.  They had seen it all and knew well enough those ‘idiots’ in Washington couldn’t fix anything. Most of them big city folk think tofu is meat and milk comes from cartons.

During the discussion one said, “this coffee is costly”, meaning it was $2 instead of the $1.50 from a gas station – probably the young’un again who asked for decaf. A tribal leader replied, “hey, shut up and taste it… its damn good coffee and worth every penny.”

Which brings me to my point… damn good coffee… life is too short and finding good coffee, among other things, is worth the journey.

I’m beyond grateful that God had a future purpose for me as a coffee guy.  I’ve been a soldier, a salesman, a missionary in areas of Southeast Asia and East Africa, a Bible College lecturer and pastor. Over all these years I have also been on a coffee journey and, instead of stopping at army coffee that fizzed in the cup, I progressed.

All of this history is now merged together in this ‘old timer’ coffee guy. The reason I became a roaster and coffee guy was to ensure I always had a great brew anytime any place.

Opinions about life, the universe and everything in it are so often less about our reasoned choices and more about the opinions imbibed from others or embraced through experience.

There’s a story of a woman who would cut a section from a lamb roast and throw it away before cooking. When questioned she said her mother always did it. Turns out the practice was started by her grandmother. The reason she did it was her pan was too small for the whole roast.

As a coffee guy I want all coffee people to learn that the commercial coffee offered by corporatism (Corporatism: thecontrol of a state or organization by large interest groups. “fascism was the high point of corporatism”. Oxford dictionary) is not real coffee.  Don’t let assumptions about life, the universe and coffee control your behavior: boldly go where few have gone before – seek out great coffee. Life is too important and too short to drink bad coffee.

As a mentor and life coach, with coffee having great metaphoric value, I like to encourage those who will listen, that life – your life – is too valuable, and too short, to drink bad coffee or be controlled by and conformed to the vagaries of social trends and manipulations.

As ancient wisdom warns: “Do not be conformed to the patterns of this world, but be transformed by the renewing of your mind…” (Romans 12:2)