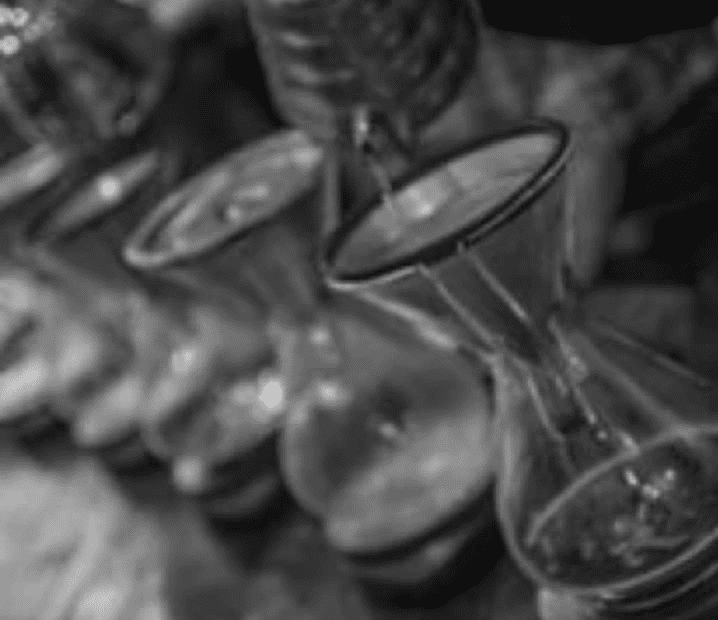 In The Hitchhikers Guide to the Galaxy Arthur Dent, after escaping the destruction of the earth to make way for a hyperspace bypass, discovers that the earth was simply a supercomputer created by pan-dimensional beings to answer the question of life, the universe and everything in it. The first computer these pan-dimensional beings created, called deep thought, had in fact answered the question… the answer was 42. However, the answer was meaningless, as the computer explained, for it was the question they actually need to discover.

Of course, this is fiction, the work of Douglas Adams. Those of us who live in the real world understand there are many questions about lie, the universe and everything in it, but really only one overarching answer… wait for it… COFFEE!!!

What was in the cup when Isaac Newton dissected a dolphin on a table in a coffee house? What is being imbibed as scientists seek cures to the worlds ailments or propulsion system that will set us free from earths gravitational pull? COFFEE!! TS Eliot declared his life was measure out in coffee spoons, while the governor of Mecca in 1511 was executed by the sultan for banning coffee. After all, according to the sultan “coffee was actually blessed”.

Thankfully, due to modern researchers and thinkers the ‘blessedness’ of coffee and its foundational work in universal innovation is being recognized. Now seen as scientific fact, established by ‘dude-science’ and tested under the most rigorous of standards, the ‘have not been evaluated by the Food and Drug Administration’ standard of common sense and knowledge.

Under the 80/20 rule, which states that there are only 2 groups of people in the world, those who drink coffee and those with no real ambition, coffee has been shown to be an essential life sustaining element for coffee drinker. Alongside oxygen, water and caloric intake the deprivation of coffee will cause life-threatening symptoms – some researchers have hypothesized such symptoms are more likely to occur in the family, friends and colleagues of those suffering from coffee deprivation. But such statements have not been evaluated by the Drug and Food Administration and should not be relied upon.

Though never tested in actual laboratories, often because the scientist was trying to discover mindbogglingly huge breakthroughs, and thinking coffee was simply a necessary addition to their work environment (a telling point not recognized), they never realized that those who drink coffee are created with a unique coffee quotient – just like the reliance on oxygen and water – which their bodies require to maintain life.

The upshot of this ‘dude-science’ breakthrough is that coffee drinkers have found respect and considered worthwhile contributors to society and the humble coffee house – often accused by kings and politicians as being nothing more than hotbeds of free thought and the flat white targeted by economists claiming their oft-maligned theories of budgeting would actually work if people stopped buying them – is looked on by many as an ‘essential service’ that must remain operating even during times of extreme covidity.

Chai drinkers are now campaigning for equal recognition as they feel similar results would be discovered if such research was carried out on their drink.

Enjoy exceptional coffee, enjoy the space provided with it, enjoy the fellowship of likeminded family, friends and colleagues.