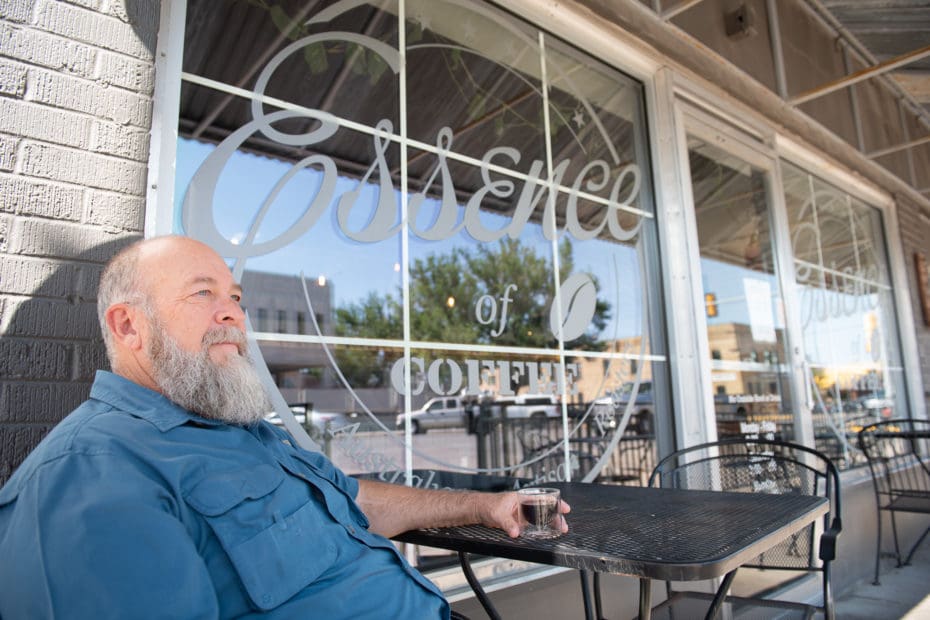 Over 500 billion cups of coffee are consumed every year, making coffee the worlds most popular beverage. In fact, Coffee is the world’s most traded commodity second only to oil.

Hi, I’m Michael, the Aussie Coffee guy from Essence of Coffee, and this is “Monday Morning Musings”.

These Musing are the results of my early morning, sitting on the deck contemplating life, the universe and everything in it over a nice cup of coffee – With a few facts thrown in.

According to legend, coffee was discovered in the 9th century in Ethiopia. A young goat herder named Khaldi noticed that his normally lazy goats were more excitable after they had nibbled red berries from a nearby tree. Khaldi took the berries to an old wise guy, who turned them into a cup of coffee.

I wonder if we should have a statue of this kid or his goat, in front of the café to commemorate his contribution to Life, the universe and everything in it.

In 17th century France it is believed that due to the poor quality of water the French drank up to 7 liters of wine each day. I’m guessing such consumption never had the capacity to ferment revolution.

But then along came coffee.

Suddenly the slight inebriation gave way to coffee inspired creativity. And ideas such as liberty, equality and fraternity became the coffeehouse discussion. The first café in Paris, became the stomping ground of people like Voltaire and other philosophers whose names I can’t pronounce –

the outcome of this was the French revolution.

Love it or hate it – coffee was there.

Switching continents to The Americas the most popular drink in America was – wait for it – tea. This all changed when King George the 3rd upped taxes in the colonies. The result, a bunch of Bostonians dumped boat loads of tea into the harbor. While on the deck I think their leader said, “like a spot of sea water with your tea King George?”

From that point on coffee became America’s national drink and from there the humble and unassuming cup of coffee stood shoulder to shoulder with the gallant people of the American revolution.

Let’s agree, Coffee is a national symbol of freedom. I wonder, should there be a statue of the coffee bean in the halls of fame?

May I suggest, that whether you are struggling through a personal revolution, planning your next move to greatness, or celebrating an astounding victory, take a sip from the cup of those coffee drinkers who have gone before, head down to Essence @ 908 Main St, and let your life changing ideas ferment over a great cup of coffee.